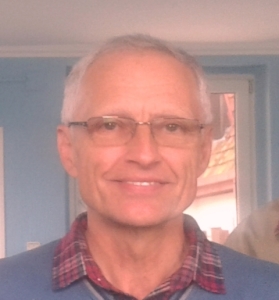 I was born in London in 1950 and moved to Dartford, Kent shortly afterwards, where I have lived ever since.

After completing my education, I went to a teachers’ training college in Norwich, the east of England. While I was studying there I became a Christian through the witness of the Christian Union. On leaving, I got my first and only teaching appointment in my former primary school and stayed there for almost 22 years – years of learning and harvesting.

I ran a Christian club for the older pupils called Adventurers and started a Christian youth club called Friday Club.

It was about half way through my teaching career that I started to attend a local weekly missions prayer night organised by Operation Mobilisation.

On two occasions I was granted a term’s absence for overseas work and my involvement increased to such a level that it soon became clear that I would have to make the decision whether to continue as a teacher or work fulltime with OM. In 1992, I chose the latter which has not only taken me to over 100 countries as a speaker but also led me to a wonderful Filipina called Malou – we married in 1997.