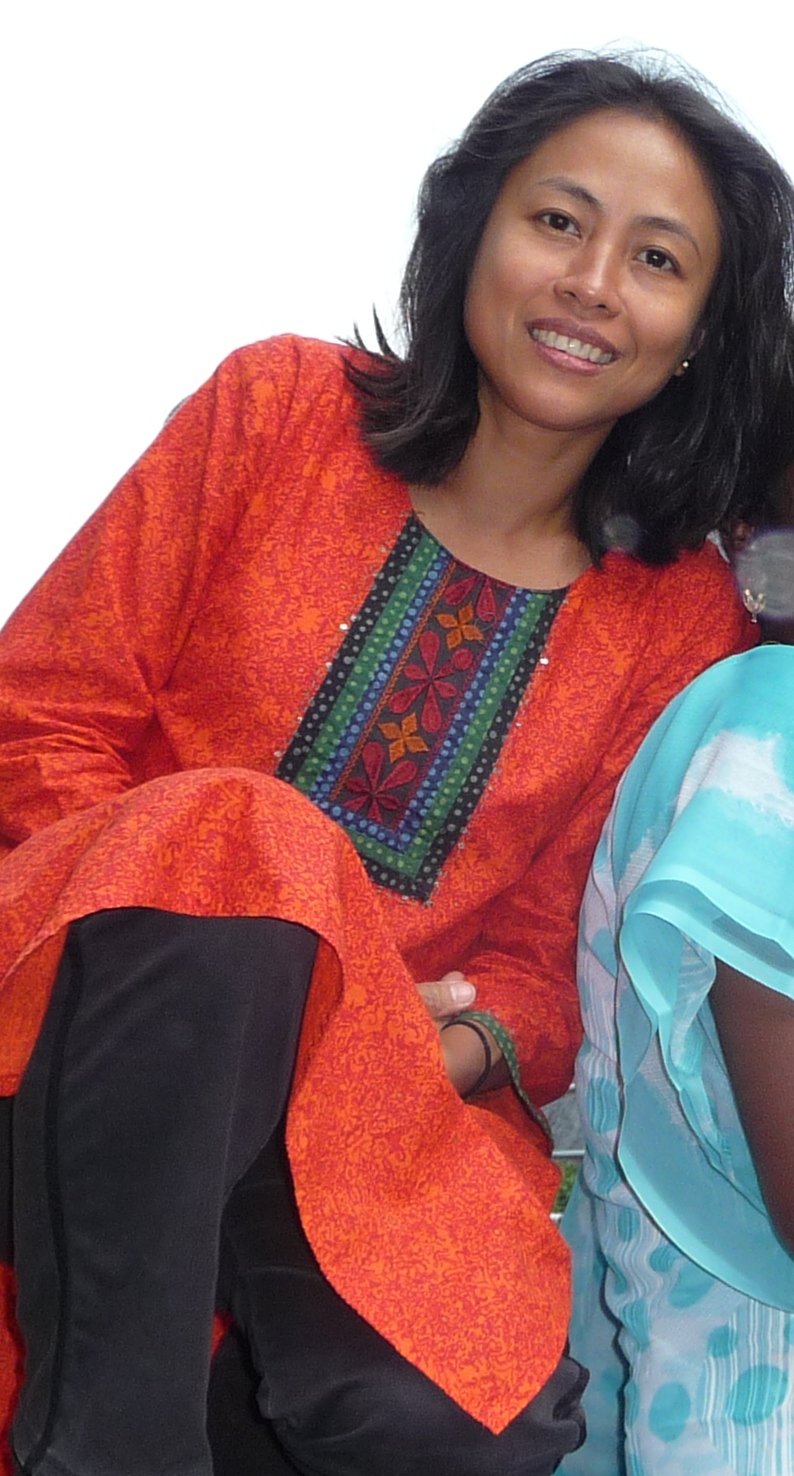 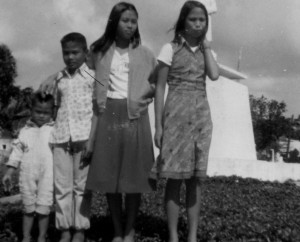 Malou is third from left

From the age of 5 until 16 years old, I lived with my grandparents. My grandmother was often ill so my mum agreed that I could stay with them.

Our house was just next door so it was not far from my family. In Batanes, the northernmost island of the Philippines, it’s almost 100% Roman Catholic and my family was very religious.

My grandparents went to church almost everyday, attending all the activities in the church. As I wanted to be right with God, I felt guilty if I missed even one mass.

I joined the choir and the ‘children of Mary’ and in the month of May we would go from house to house with the statue of the Virgin Mary and encourage them to pray the rosary. I felt good about myself, believing that I was a better person than some of the people I knew. In the pride of my heart, I believed I was doing good.

One time I remember asking my grandma if I would go to heaven and she said, ‘no one knows and no one can be sure. however, if while on earth you committed some small sins you will go to purgatory. If after you have died other people are praying for you, God will have mercy and transfer you to heaven’.

So I tried to be good and made sure I did not commit any sin, but everyday I sinned, especially in my thoughts. This made me believe that there is no hope and that no one could go to heaven, that there is no hope, or that if there is hope, I really didn’t know what it is. It had been the big question I carried with me as I moved on to university.

I left my hometown of Basco and went to study in Nueva Ecija. In my first year, there were Methodists and Baptists around me and my brother’s friends particularly were trying to bring me to the Protestant Church.

One lady who was my teacher in Chemistry asked me if I read the Bible and if I knew Jesus, if I had eternal life and if I knew that I could be forgiven. Jesus was the one I had been searching for and I received him into my life as Lord and Saviour.

What a privilege to know that we can have eternal life and find forgiveness of our sins in Him. I repented of all the wrong things I had done and I gave Him control of my life. And life away from my parents and grandparents was never the same again. My love for the Lord was growing and after I had graduated with a BSc in biology, I found a job in the National Institute of Science and Technology in Manila. I also met some Christians and they brought me to the Alliance Church.

I joined the Choir, became very active in church activities such as Bible studies and home visitations. I loved to pray and give to missions not knowing that one day God would call me to be on the mission field.

Then after 3 years in Manila, I worked in a refugee camp with World Relief Corporation. I was surprised to find it was a Christian organisation and this was where God gave me a desire to share the Good News to those from other lands.

I had Bible clubs with 8-9 year old Vietnamese, Cambodians and Laotians after working hours and I enjoyed it very much.

After 7 years in the refugee camp, the door to OM opened for me and I joined Love Europe, a summer outreach and then the MV Doulos for two and a half years.

Now, Gareth and I travel around the world to work alongside Christians in bringing the Good News of Jesus Christ.

God is so good and I give Him all the glory and honour. He continues to change my hard heart and is so patient and loving to one who doesnt deserve anything.