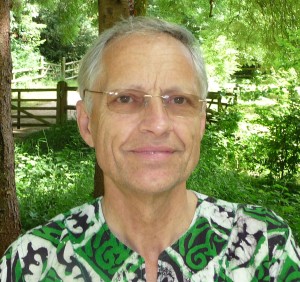 It was in 1968 that my life took a complete change of direction,  the significance of which I did not realise at the time.

It was September and I had arrived at Keswick Hall teachers’ training college near Norwich, in the east of England, to begin a three year course that would qualify me to be a primary school teacher. I had completed my school education in my home town and was excited to be away from home and free to please myself and choose my own life style.

I had been brought up to go to church and it had been a large part of my life. However, as I got older, it seemed to have less relevance and less influence over my behaviour. I guess I had always believed in God but it was mainly the music that really interested me. I had joined the church choir as a boy treble and the arrival of a new choir master whom I liked, fostered a love for ecclesiastical church music that remains with me up to the present time.

On arrival at college, we were invited to join a whole range of clubs and societies and, given my background, the Christian Union (CU) seemed a natural choice although it turned out to be very different from what I expected.

There were no pews, no set forms of service, no organs and no choirs. Instead, the whole atmosphere was much more informal and the emphasis on personal faith and salvation and all that went with it was completely new to me. I was introduced to prayer meetings, Bible studies, chorus singing and guitars! I also found many friendly and welcoming people. However, what I could not relate to was the emphasis on Jesus and salvation and the need for people to become Christians.

I had thought until then that I was automatically a Christian given my history and background. Some of the meetings actually made me feel quite uncomfortable with the direct way that faith in Christ was presented – it seemed to me that sometimes they were aimed personally at me which I resented. It was at that time that the president of the CU came to my room on a number of occasions and although I thought he was just making a social call, the conversation seemed to end up with him challenging me to give my life to Christ. All of this began to cause me to ask myself some questions about life in general and my faith (or lack of it). Conflicting voices also did not help.

One of the divinity lecturers did not believe in God and the college chaplain told me the Bible had many contradictions in it. At the same time the speakers at the CU meetings spoke with one voice declaring the Bible to be the inspired word of God. As I had never read it, I did not know what to believe although the lives of some of the professors of religion demonstrated that whatever faith they had, did not seem to be doing them much good.

One night I decided to look at the Bible for myself. It seemed that I had recently seen and heard the same verse a number of times and so turned to the passage. I had always believed in God and so concluded that as you can’t believe in God and coincidence, maybe God was trying to say something personally to me. The passage I read was John 3:1-7. What happened next is hard to describe. As I read those verses, I realised that I was the religious man coming to Jesus that night. And when Jesus said, ‘unless a man is born again he cannot see the Kingdom of God’, I knew in a flash that I was not a Christian; I had never been born again; I didn’t have the relationship with God that the others in the CU had.

I also knew that there were many wrong things in my life that must offend God, especially my refusal to give Him charge of my life. So, in a simple prayer, I asked forgiveness for my sins and welcomed Him into my life as my Lord and Saviour.

The next morning, I knew that I would never be the same again. A new joy and lightness filled my life that has not once left me in the intervening 40+ years. I was no longer the captain of my own salvation. I had joined the college as a rather confused and superficial individual, I left with a real relationship with God that was to direct and fashion my life for the rest of my days.

As a teacher for over 20 years, it was thrilling to see many pupils come to know the same Lord and Saviour I knew. And now as a speaker for OM UK, it is thrilling to be able to share this same gospel around the world and find other people whose lives are sometimes in a far worse state than mine was, discovering peace and joy in Jesus Christ, to whom be all the praise and glory! Maybe you will be one of them. Please write if you have any questions; I will be very happy to try and help.