malouandgarethPosted on June 8, 2019 Posted in Default No Comments 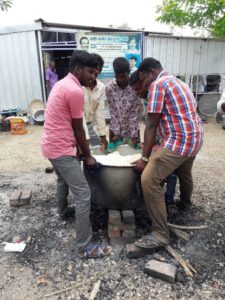 A large pot of rice prepared to feed c. 500 people after a wedding in which we took part in South India

Tomorrow, (June 1), we will drive to France, a country closer to our home in London than Wales or the north of England yet, according to the 2010 edition of Operation World, while 80% of French people have never handled a Bible, there are 10 times more people earning a living in occult practices than there are pastors and missionaries. At the same time, 300 towns and cities of over 10,000 people have no evangelical presence. While a new congregation is planted almost every week, there is a need for thousands more churches. If you want to know how you could get involved, visit https://fr.om.org/en/

Thank you for your partnership. God bless you, 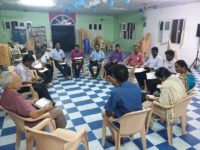 Sharing a devotional message with the leaders of VMM which now has 693 full-time Indian workers. Santhosh is translating into Tamil. 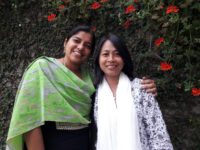 The Ford Taunus car which was driven many kilometres throughout France as OM summer teams were visited. (Archive Photo Aug. 1986)

Some of the present and former OM members who participated in a prayer conference organised by OM’s founder, George Verwer